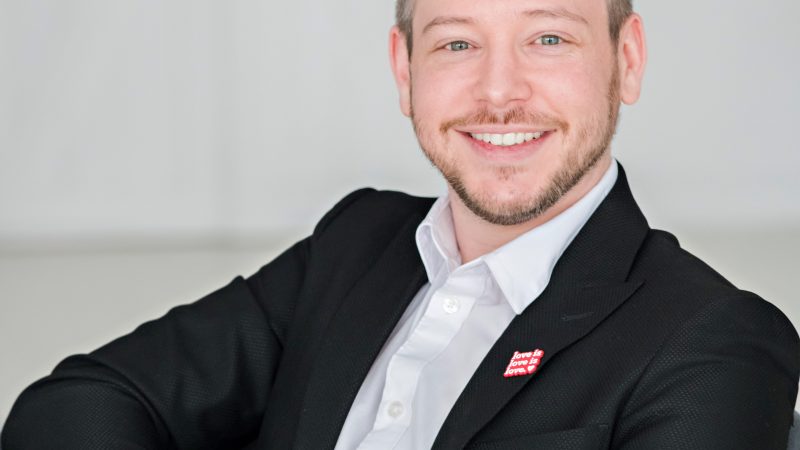 Culverhouse alum (2012) Matt Mitchell presented as part of the DEI Speaker Series on October 26, in recognition of LGBTQ+ History Month. A resident of Atlanta, Mitchell started his career at Edward Jones, then accepted a job as a financial representative with Fidelity Investments in 2013. In the years since he has been promoted to relationship manager, then then senior relationship manager, and finally, planning consultant in private wealth management. Mitchell is also the founder, owner and lead planner of Mitchell Event Planning, which opened in 2017. Finally, he currently sits as the Director of Diversity & Inclusion on the Board of WIPA (Wedding International Professionals Association) Atlanta, is a Certified Inclusive Professional through Equally Wed, and serves as an Ambassador for OUT GA, which is the only LGBTQ+ and allied Chamber of Commerce in Georgia.

From the perspective of a successful professional who is also an out gay man, Mitchell spoke about the importance of inclusion and equity for LGBTQ+ people. He noted that transgender violence is on the rise, and that 250+ anti-LGBT bills have been introduced or voted on in 2022, despite the 2015 Supreme Court decision (Obergefell v. Hodges) that granted LGBTQ+ couples full marriage rights in all 50 states. Mitchell said that belonging consisted of four things: being seen, supported, connected, and proud. He closed with advice to students, urging them to be authentic and to celebrate difference, and also to be vocal about about issues of inclusion, whether as a LGTBQ+ person or an ally.