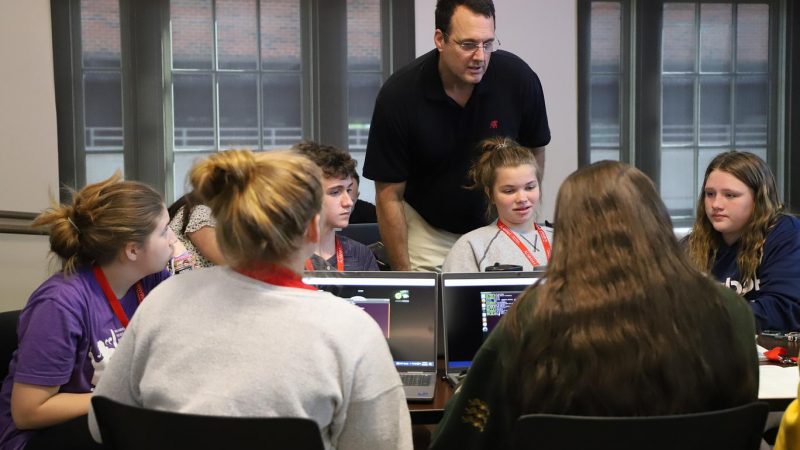 Culverhouse’s Dr. Greg Bott started his first round of the Marillyn A. Hewson Cybersecurity Summer Camp last June at 8 a.m. each day for two reasons. First, it left students the afternoon to pursue their own interests. But second, and possibly more importantly, he wanted it to feel like a commitment, because it was. “The kids who are dedicated will show up,” Bott stated. “Your STEM kids, your top performers.”

Bott shares the Marillyn Hewson Endowed Professor in Cyber Security professorship with colleague Dr. Allen Johnston, who also helped with the camp, which bears the name of the Culverhouse alum whose gifts made all possible.

Additionally, they were joined by Dr. Matthew Hudnall, Deputy Director of the Institute of Data and Analytics, and Dr. Yi Ting Chua from the Department of Criminology & Criminal Justice. 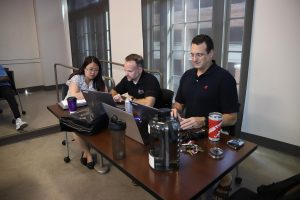 The camp ran for two weeks in June, with second week being more advanced instruction. Both weeks, the students spent the first four mornings learning about the Linux and Windows operating systems, and on Fridays, they competed in the US Air Force’s Cyberpatriot competition. In the competition, students are given virtual machines (pieces of software that emulate physical computers) with many vulnerabilities. Students are scored based on how many of these vulnerabilities they can find and close.

The camp is geared toward high school students, but some campers were as young as seventh grade. Bott, who has a background in summer camps, reflected, “I was really surprised at how dedicated the kids were. They were really motivated.” He went on, “How amazing is it if you are an eighth grader and you find something you have a passion for?”

Bott admitted that cybersecurity has enjoyed higher visibility in recent years, which makes camps like this an easier sell to students: TV shows like CSI: Cyber, and the U.S. Cyber Command, which was founded in 2010.

Though the camp is not meant to be a recruiting vehicle, of course Bott acknowledged that some of the campers might come back as Culverhouse students. The perfect cybersecurity student? “I won’t say intellectual horsepower,” Bott answered. “It’s someone who really wants to understand and is willing to work.” Perhaps like someone who is willing to get up at 8 a.m. in the summer to find and close cybersecurity threats?