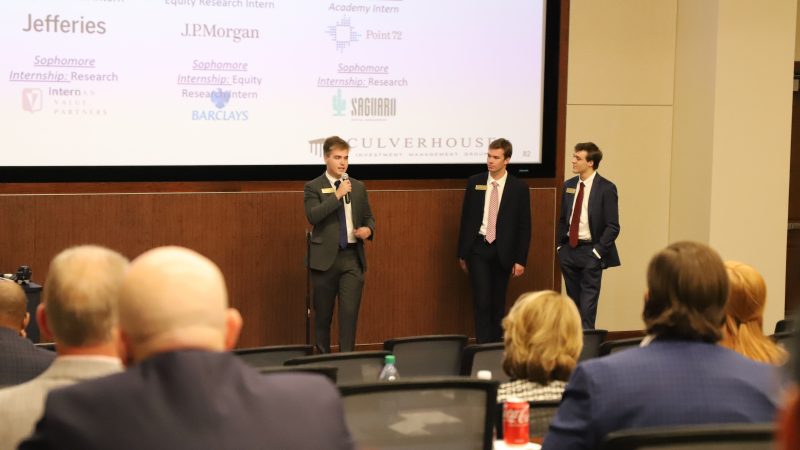 Got a news lead? Send it to jtclark9@crimson.ua.edu.

For years, people have thought of self-driving cars as a thing of the future, but in the past few years, there have been many innovations in this sector, whether it be through Tesla or a smaller start-up; there’s plenty of reason to be optimistic about the future of the automobile industry. However, General Motors’ intriguing subsidiary, Cruise, is a new take on the EV market – a combination between Tesla and an Uber, and something that hasn’t quite been done yet. The group just announced their plans to expand into markets outside of California, where it was originally founded; the group will test the vehicles in select areas of Texas and Arizona, as soon as they get approved.

The company was started in 2013, and purchased by General Motors six years ago. Each car operating in the company’s fleet is self-driving, as the company has made a technology component that is capable of turning many vehicles into self-driven ones. Although they’ve run into some speed bumps along the way, so to speak, the company is still set on expanding and testing new markets: they’ve only reported a single vehicle accident, and as soon as that happened, they quickly recalled a majority of their fleet to offer a software update. While this may not be a feasible fix for problems on a national scale, it does offer a glimpse into what this start-up could do for a city, and as technology rapidly advances in the self-driven vehicle market, more options will certainly become available.

With new markets come new regulations: with many rules governing the operation of self-driving vehicles in these states, it’ll be plenty of time before Cruise is truly able to implement these machines in a public setting, and even then, the markets will be carefully selected and limited. Still, the option is becoming more available, and perhaps it will show a trend for the future – where automated local travel isn’t such a crazy concept.

Given the ground that Cruise has made in the past 10 years, it’s not a terrible idea to bet on their success. With their new expansion, I’d say it’s a bold but brave one. Only time will tell what the expansion will do for Cruise, but their success will tell the tale of self-driving vehicles for the time to come.

Welcoming the Culverhouse College of Business Board of Visitors

It was another successful week for the Culverhouse College of Business, as this weekend we hosted an eventful welcoming of folks into town. With Parent’s Weekend and the football game against UL-Monroe, it was expected that an influx of people would enter the town, but perhaps something that went a little unnoticed was the meeting between the Culverhouse Board of Visitors.

Various events held throughout the day on Friday offered students the opportunity to pair with an executive mentor, many of whom are members of the Board. Students expressed their gratitude for the event, noting how it put them in contact with people they likely wouldn’t have interacted with previously.

The University of Alabama’s graduate programs in finance, accounting, and various other degrees are well-respected within the world of business. However, UA offers an opportunity that might not be as well known — the Accelerated Master’s Program — which is offered across the entire university.

The program is fairly simple, although it varies between degrees. In essence, if admitted to a particular program, you gain the flexibility to take graduate-level classes at the undergraduate level. By doing this, you’re able to knock off time from your graduate-level studies, thus saving time and graduating with a master’s degree in up to a year less time than you would have previously. To find out more information on what degrees are offered and the specific requirements, check the catalog provided by the UA Graduate School!