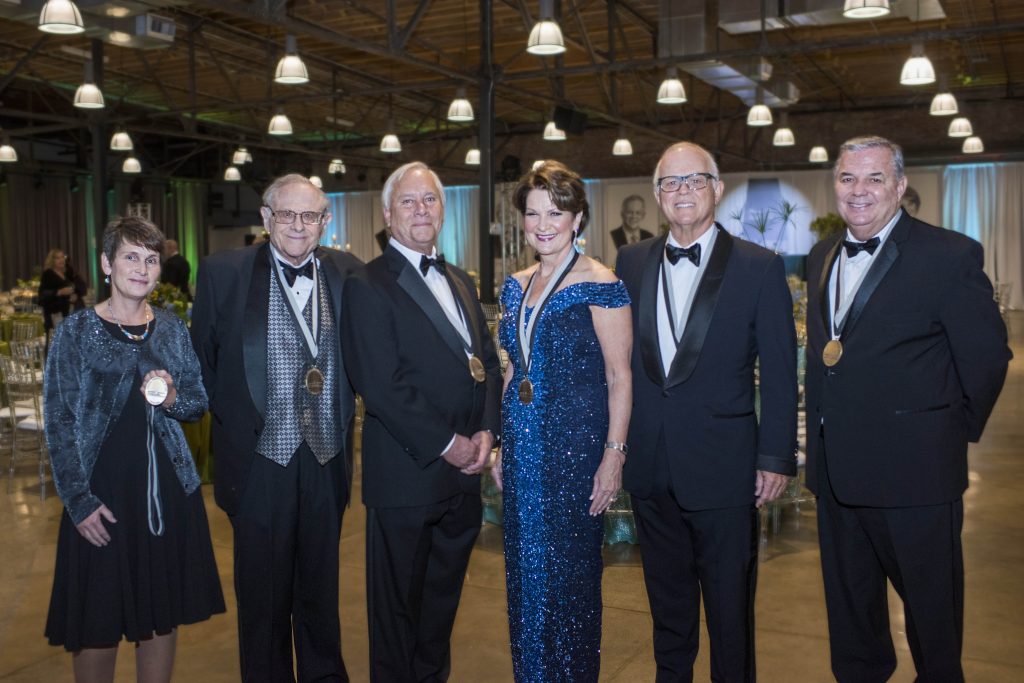 Annual celebration of business leaders and humanitarians that have brought lasting fame to the State of Alabama welcomes new cohort to join list 229 members strong.

“The only reason I’m up here tonight is because of all those people here who have supported me.” – Gary P. Fayard, former CFO of The Coca-Cola Co., who was inducted into the Alabama Business Hall of Fame for 2019.

TUSCALOOSA, Ala. — In a festive, black-tie celebration Thursday, November 7, 2019, the Alabama Business Hall of Fame inducted six new members, all of them joining a list now 229 members strong. Over 450 people attended the induction ceremony at Haven in downtown Birmingham.

The Alabama Business Hall of Fame recognizes those who have brought fame and honor to the state of Alabama through not only their achievements as business leaders and entrepreneurs, but their ardent commitment to civic leadership, philanthropy, and humanitarianism.

Now in its 45th year, the Alabama Business Hall of Fame is located on The University of Alabama campus in the Culverhouse College of Business’s Bidgood Hall. Members of the Culverhouse staff and a board representing the Culverhouse Board of Visitors, former inductees, other Alabama institutions of higher education, and Alabama businesses, coordinate the Hall of Fame selection process and planning of the induction ceremony.

All inductees are heavily committed to their communities, serving in leadership roles on boards, donating their time and resources to causes, and inspiring future generations of business leaders.

The 2019 inductees included the following people, all of whom have deep connections to the state of Alabama:

Tim Kelly, the Chair of the Hall of Fame committee welcomed attendees to the event and Dr. J Gorman Houston provided the invocation. Dr. Kay M. Palan, Dean of the Culverhouse College of Business, introduced each inductee to the stage.

In her speech upon being inducted, Marillyn A. Hewson said:

“The Business Hall of Fame shows that Alabama’s people, companies, and education institutions are having a positive and lasting impact on our country and on our world. And, that’s not a surprise to those of us who call Alabama ‘home.’ We know that the people, ideals, and universities here provide building blocks for success.”

“That’s why, throughout my career, I have always been proud to represent this wonderful state.”

The award of inductee Mr. Lonnie McMillian, who passed away in 2018, was accepted on his behalf by his daughter Sue Whitehead, who shared anecdotes about her father and his legacy.

See and download photos from this year’s Alabama Business Hall of Fame here.

To nominate someone to the Alabama Business Hall of Fame, contact Courtney Miller at cmiller@culverhouse.ua.edu. The criteria are: