A Journey Across Cultures 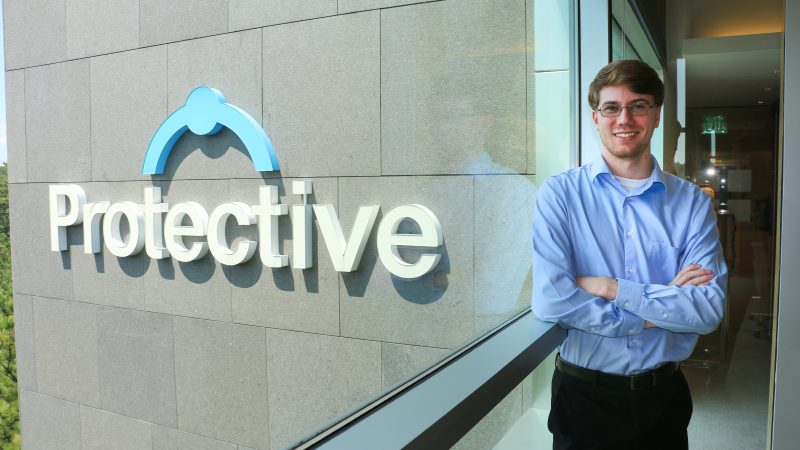 A Journey Across Cultures

In the universe of manga comics and graphic novels, there is a genre that explores the “what-if” of being transported from one’s familiar world into a parallel universe. A protagonist in an isekai may gain powers in their new reality, including increased powers of perception.

Born and raised in Alabaster, Alabama, Warren Snell never thought that someday he’d step off a plane – his first international flight ever – into Tokyo, Japan, and live through his own isekai fantasy adventure.

Snell was a recipient of the 2018 Dai-ichi Life Holdings, Inc. (Dai-ichi) & Protective Life Corporation (Protective) Internship scholarship offered through the Culverhouse College of Business Risk Management, Insurance, and Actuarial Science program. The highly selective scholarship offers a Culverhouse student the ability to work in Japan at the headquarters of Dai-ichi., which is the parent company of Protective headquartered in Birmingham, Alabama. Protective is a longstanding corporate partner of the Culverhouse College of Business.

In a conversation at Protective’s headquarters where Snell is now working as a Rotational Associate, he recounted professional and personal lessons learned from his trip to Japan.

“Stepping on the plane was the easy part. Getting off was a ‘Wow, I’m not in Kansas anymore’ moment,” he said.

“It definitely was exciting and novel –– and a bit overwhelming. Just trying to get out of the airport was something of an adventure. I knew enough Japanese to ask for directions, but not quite well enough to avoid misinterpreting them!”

“I’d had a friend tell me about the [Dai-ichi & Protective Internship] scholarship, but by the time I heard about it, the deadline to apply had already passed. The next year, I was in an international business class and my professor Diana Gomez told me that the deadline was coming up –– and she’s the reason why I’m here today,” said Snell.

Fast-forwarding to his first day on the job at Dai-ichi – the day after he arrived in Tokyo – Snell was quickly introduced to work life through meetings with participants in the company’s GTEX program, which began in 2016 as a way for employees within the company’s various global branches to build connections with cohorts in the Japanese headquarters. A week-long orientation process followed and included a download of Dai-ichi work culture and the organization’s structure.

Snell’s work at Dai-ichi focused on how the political climate in the United States could affect business interests on a global scale, which was something he was familiar with from his international business coursework. “It was really hammered into us to constantly think about the impact political players would have on business and how one actor could play off another.”

One of the key lessons Snell learned was adaptability. “I had to be flexible and have the confidence to not be discouraged by the challenges I faced. I had to learn on the fly and be willing to face them head on. That was especially true on the personal front, since the culture shock was very real for me. The first month I was fine, but throughout my stay I had to learn and adapt, which was difficult to do on my own in a foreign land.”

After his graduation from The University of Alabama and his 2019 summer internship, Snell is now employed at Protective full-time. “The company is very people focused, which is something I appreciate and value. It’s inspiring to be part of that, especially with the Protective Life Foundation that works with nonprofits in Birmingham.”

As for his future plans within Protective, Snell wouldn’t turn down a trip to Japan or elsewhere, “I would love to work internationally with Dai-ichi. I want to stay in touch with the world of business and learn more about other cultures.”

“I’m always looking for something new to experience.”