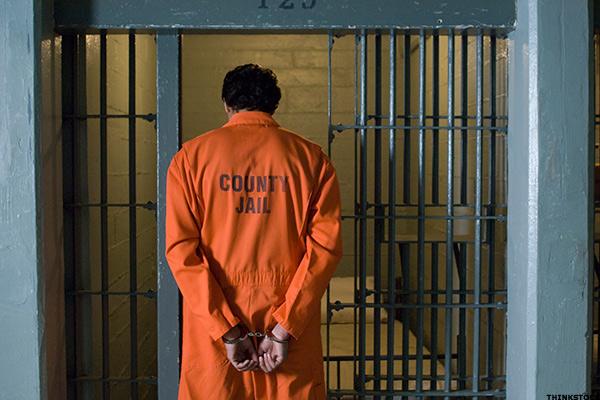 TUSCALOOSA, Ala. — The racial disparity in incarceration in state prisons between black and white American men declined between 1995 and 2014, but black Americans are still imprisoned at a high rate, according to recent research from The University of Alabama.

The study looked at incarceration data from the states between 1978 and 2014, finding a sustained increase in the racial disparity from the mid-1980s to the mid-1990s. This corresponds to the period of the crack epidemic, a period of increased use of crack cocaine in the country, according to the paper.

“While the racial disparity is quite high, it has fluctuated quite a bit over time and has been considerably higher in the past,” said Dr. Paul Pecorino, the James Patrick and Elizabeth B. Hayes Professor of Economics in the Culverhouse College of Business at UA.

Other co-authors on the paper, titled “Racial Disparities in U.S. Imprisonment Across States and Over Time,” include Dr. Walter Enders, UA professor emeritus of economics, and UA economics doctoral student Anne-Charlotte Souto.

The disparity declines from the late 1970s to the early 1980s, and it begins a second sustained period of decline in 1995.

In 1994, the federal government passed the Violent Crime Control and Law Enforcement Act, otherwise known as the 1994 crime bill. The study does not attribute the decline in the racial disparity since 1995 to the passage of this bill.

The U.S. black male incarceration rate skyrocketed from 1,080 prisoners per 100,000 people in 1978 to about 3,500 per 100,000 in 1999. The study shows essentially all of this increase came from increases in overall incarceration in the United States during this period.

“The large initial racial disparity in 1978 interacted with a very large overall increase in imprisonment in the U.S. to produce extremely high black male imprisonment rates in 1999,” Pecorino said.

By 2014, the black male incarceration rate had fallen. About half of the decline between 1999 and 2014 was due to decreases in the racial disparity in imprisonment, with a drop in overall incarceration rates explaining about one-fourth of this decline.