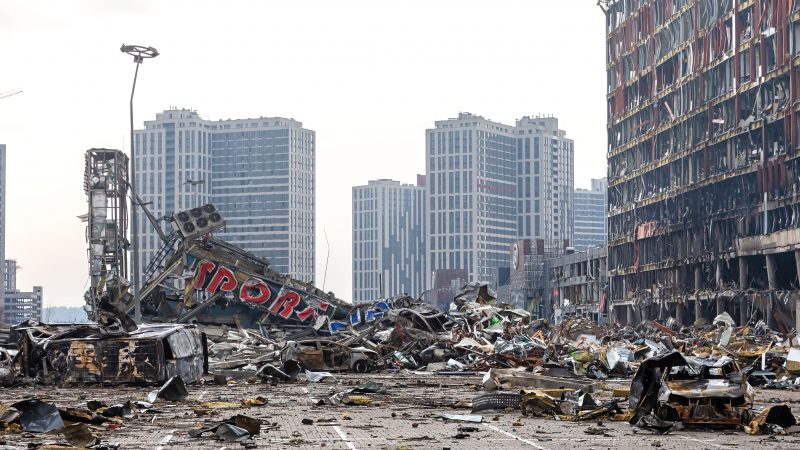 Culverhouse Professor Teams Up with Ukrainian National, Others to Study “Crisis and Loss” in Ukrainian Entrepreneurs

When Russia invaded Ukraine in February, Culverhouse Professor of Management Dr. Peter Harms was troubled and wanted to help. Though no lover of violence or war—he is a Mennonite by background, a pacifist—he had long helped the U.S. military with research concerning mental health and well-being. Moreover, haunted by an old mentor’s advice: “don’t waste your life studying trivial things, study what matters,” he is a committed believer in the idea that academic research is best when it addresses real problems and serves to help people in the world. With that in mind, he felt that one way he could help would be to “give a voice to the victims of this war” through research, aid, and advocacy.

His opportunity to do so came when Harms attended the Southeastern Entrepreneurship Research Conference hosted by the Culverhouse College of Business in March 2022. It was there that he met Nataliia Yakushko, a student from Ukraine who was now pursuing a PhD at Haslam College of Business (UT-Knoxville). Together, and along with Drs. Melissa Cardon and David Williams, both at Haslam, they proposed and were awarded a National Science Foundation RAPID Grant, a special grant designed for quickly unfolding situations and emergencies, to study the effects of “crisis and loss” on Ukrainian entrepreneurs.

Many Ukrainian entrepreneurs and small business owners had their livelihoods destroyed or put in tremendous peril when their country was invaded by Russian armed forces. But rather than flee, many remained, helping with the war effort, or trying to find a way rebuild their shattered lives and broken businesses. After all, people depended on them—some for work, and others for the products and services they provide. “If we leave,” the entrepreneurs said, “everybody leaves.”

Though the research is still unfolding, the personal accounts collected by Ms. Yakushko from her homeland have already begun to tell the story of loss, resilience, and new beginnings. There was the man, for instance, who had opened a coffee shop in Bucha, a city devastated by the invasion, riddled with mass graves and scenes of unspeakable atrocities. After the cleanup began, the man opened the shop, and did not charge the workers anything for the coffee, because he wanted to let them know that there was still hope. For another woman whose restaurant was decimated by the war, former customers came and helped clean up the rubble that was left. These business owners represent one small part of a nation torn asunder by hostilities, but one that is being built back stronger through the collective actions of a people united through tragedy.

“We are firm believers that this research will help us understand not just entrepreneurship in the context of the war in Ukraine, but to gain insights into the experiences of anyone who has had their lives catastrophically impacted by war or by natural disasters,” says Harms. “We want to understand the entrepreneurial impulse to rebuild, restore, and renew their communities, both when and how it happens and what we can do to promote healing at both the individual and community level. This project represents a small, but important first step in coming closer to that understanding. But perhaps most important of all is that we want these survivors to know that they are not forgotten, not abandoned, and that their lives have meaning. We want to do whatever we can to return hope to them and give them a voice.”

“We have the opportunity to show Americans how Ukrainian people are surviving, and how important it is to be resilient,” Yakushko said. “Because that’s what Ukrainians do: We survive, we fight, and we show, as an example, that we fight for freedom.”