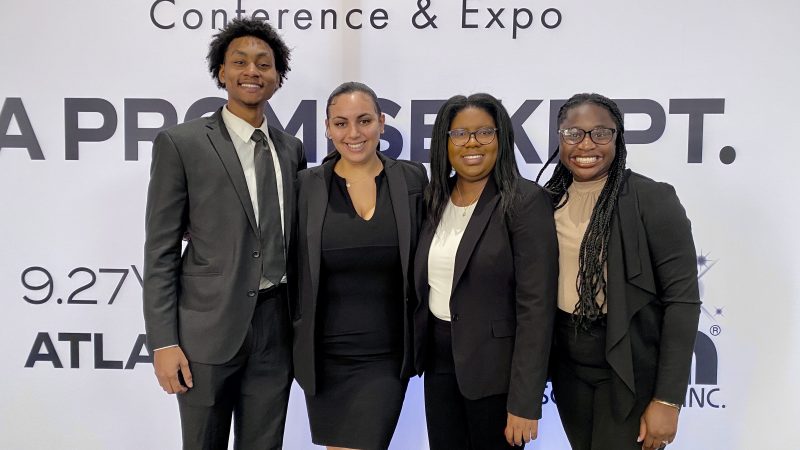 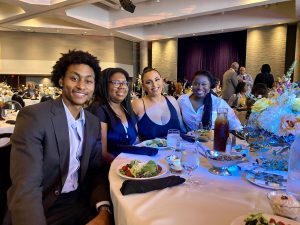 In addition to the case competition, the conference also included a career fair that featured over 250 companies. Jordan Smith said, “being in a conference center with thousands of highly-motivated Black individuals, or even just people of color that have similar goals reminds you that you’ve got to keep going.“ For the case competition, the team was tasked with developing a U.S. marketing strategy that builds awareness and long-term brand affinity among African-American consumers.

For Maya Campbell, a high point of the conference was when fellow MBA students “came and watched us in the finals. I think that really boosted the morale of the team, because we were still a little stressed…so shoutout to them.” Reflected Salma Raouf, “when the word that we made finals got around, people were texting me, people were messaging in the group message… at least 12-15 people came to watch us.” They also praised case team advisor and Director of Experiential Learning Quoc Hoang for being highly engaged and supportive throughout the case preparation period. 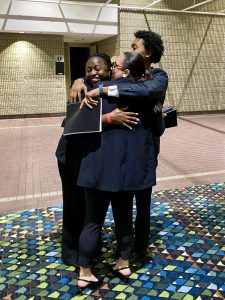 “We all worked so hard,” said Haleigh Davis. “I can’t say that enough. Like, to make finals, we beat so many teams, and made it to that room to present in front of executives. How many people can say that?”