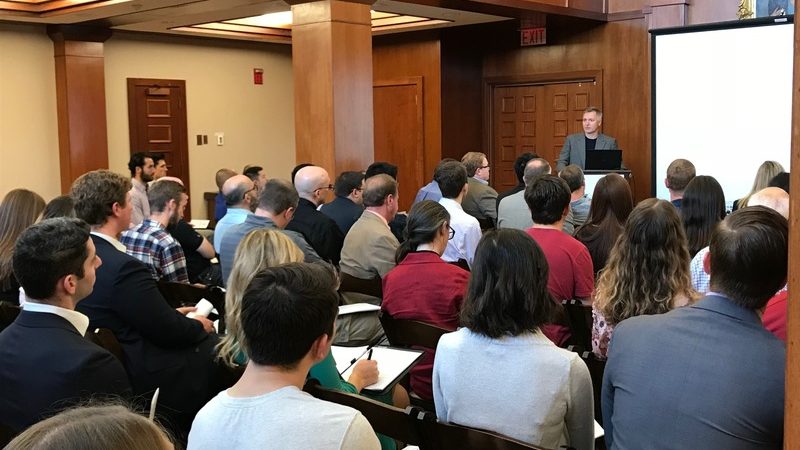 John List, a highly-respected professor of economics at the University of Chicago and chief economic advisor to ridesharing company Lyft, recently visited the Culverhouse College of Business on October 12th to speak as a part of the college’s Lowder Lecture Series. Lowder Lectures are planned and organized by the Culverhouse Department of Alumni and Corporate Relations, with generous support from Robert E. and Charlotte Lowder of Montgomery, Alabama.

Dr. List is globally recognized for his innovative use of field experiments in economics and business. In 2010, List was named as one of the Top 7 “New” Economists in the world by Forbes. He also received the Yrjö Jahnsson Lecture Prize in 2012 which 10 of the past 19 recipients have gone on to win the Nobel Prize in economics. It is an honor to have someone of John List’s caliber come to campus to speak with our students and see where legends are being made every day.

After his lecture and Q&A session with 80+ students, John List was kind enough to answer a few additional questions. List provided further insight into his role at Lyft, how he balances his work at Lyft and his work at the University of Chicago, and his advice for students. You can watch the full interview below.

John List received his B.S. in economics at the University of Wisconsin-Stevens Point and his Ph.D. in economics at the University of Wyoming. Prior to being chief economic advisor at Lyft, John List served on the Council of Economic Advisors at the White House under President George W. Bush and was the chief economist at Uber.