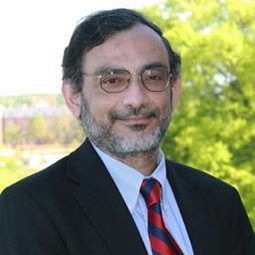 Professor Chakraborti has authored/co-authored over 100 publications in a variety of journals such as The Journal of the Royal Statistical Society, Technometrics, Journal of Quality Technology, Quality Engineering, Quality and Reliability Engineering International, Review of Economics and Statistics, Economics Letters, Biometrical Journal, International Journal of Advanced Manufacturing Technology, IEEE-Transactions, Communications in Statistics, Journal of Applied Statistics, Journal of Experimental Education and Statistica Neerlandica. His research has been supported by agencies like the Council of International Exchange of Scholars, the North Atlantic Treaty Organization, the Turkish Research Organization TUBITAK, the South African National Research Foundation, the Brazilian research foundation and the Philips Corporation. He is the co-author of the book Nonparametric Statistical Inference, fifth edition (2010), published by Taylor and Francis. He has been a visiting professor at Pennsylvania State University, University of North Carolina at Chapel Hill, University of California at Berkeley, and various universities in the Netherlands, Brazil, Turkey, India, and South Africa. . He has been an invited speaker and a keynote speaker at numerous international conferences. Professor Chakraborti was the winner of the 1988-89 Burlington Northern Faculty Achievement Award at The University of Alabama for excellence in teaching. He has also been the winner of the C&BA Excellence Fund Research Award in both teaching and research (1988-89, 1989-90, and 1992-93). Dr. Chakraborti has served as an Associate Editor of Communications in Statistics for over fifteen years and provides professional service as a reviewer for several statistics journals and agencies. He has been cited for his mentoring work with young scholars from around the world. He is a member of the American Statistical Association, the International Statistical Institute and the Institute of Mathematical Statistics.

Mukherjee, A., Chakraborti, S. and McCracken, A. (2014). "Control charts for simultaneous monitoring of parameters of a shifted exponential distribution," Journal of Quality Technology, Accepted.

Epprecht, E. K., Loureiro, L. D. and Chakraborti, S. (2014). "Effect of the Number and Size of the Phase I Sample on the Phase II Performance of S^2 and S Control Charts," Journal of Quality Technology, Accepted.

McCracken, A. K., Chakraborti, S. and Mukherjee, A. (2013). "Control charts for simultaneous monitoring of mean and variance of normally distributed processes," Journal of Quality Technology, 45, 360-376.