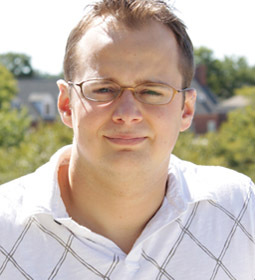 Dr. Van Essen is an economist with a research agenda that focuses on topics in public economics, bargaining, and game theory. Dr. Van Essen’s work in public economics focuses on the incentive problems in the provision of public goods as well as methods to mitigate these problems. He is a member of the Economic Science Association, the Society for Economic Design, the Southern Economic Association, and has published in the journals Economic Inquiry, Social Choice and Welfare, Games and Economic Behavior, Review of Economic Design, Southern Economic Journal, and the Journal of Public Economic Theory.

"A Nearly Optimal Auction for an Uninformed Seller." (With Natalia Lazzsati.) Economic Letters.2014.

"A Clarke Tax Tatonnement that Converges to the Lindahl Allocation." Social Choice and Welfare.2014.

"Hold-up: With a Vengeance." (With Martin Dufwenberg and Alec Smith.) Economic Inquiry. 2013.

"A Note on the Stability of Chen’s Lindahl Mechanism." Social Choice and Welfare. February 2012.