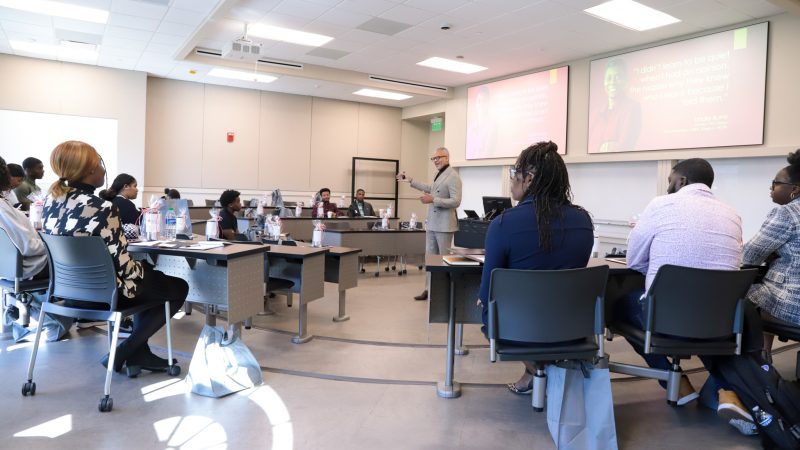 Culverhouse’s Manderson Graduate School of Business hosted a diversity forum on October 21, as a way for students from historically underrepresented and underserved populations to get the details about admission to Manderson’s top-ranked MBA, Specialized Masters, and Ph.D offerings. The event built on the recent agreement between Stillman and UA to create graduate pathways for Stillman students at The University of Alabama.

FedEx VP of Decision Science & Analysis Donald Comer was the keynote speaker. Using the framework of “learning, earning, and returning,” Comer narrated his life and career arc, from his humble origins in Tennessee to his current role as an executive at one of the world’s most powerful companies. He also underscored the value of an MBA, especially for people of color. Most notably, he spoke to the students individually, asking them their majors and career plans, giving advice, and offering, at times, to be an ongoing resource to them.

Afterwards, participant Lewis Jones praised the forum as a way to “go out and meet people, network,” especially in light of the prospect of further, graduate education.

To get the details about joining any of Manderson’s acclaimed business graduate programs, visit its website at Manderson.culverhouse.ua.edu.